Agenda about the City Council meeting of March 18, 2014

Here are the topics of interest from last night's meeting:

Persons Requesting to Be Heard
A. Roger Young - Friends of Hickory, Specific Space for the Downtown Park - A few slides were shown and Mr. Young made a proposal for a park to be built on the parking lot adjacent to the Community One Bank west of Union Square. Mr. Young showed some neat looking renderings of ideas for what such a park would entail. 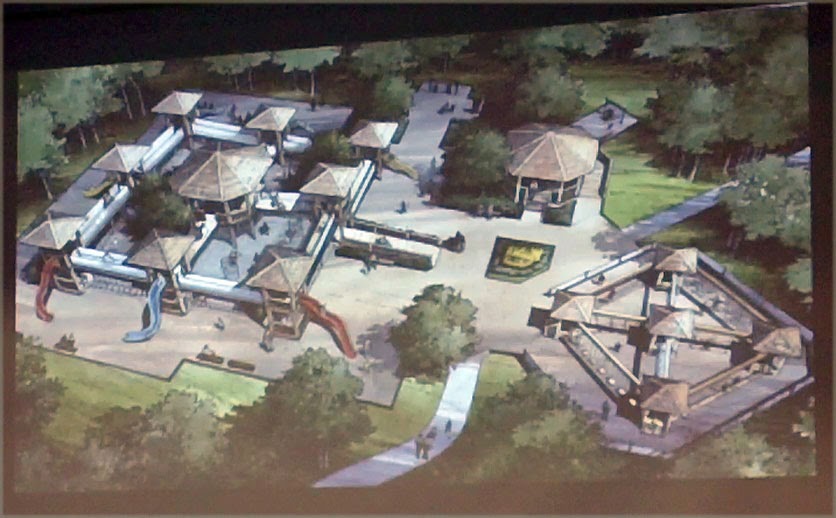 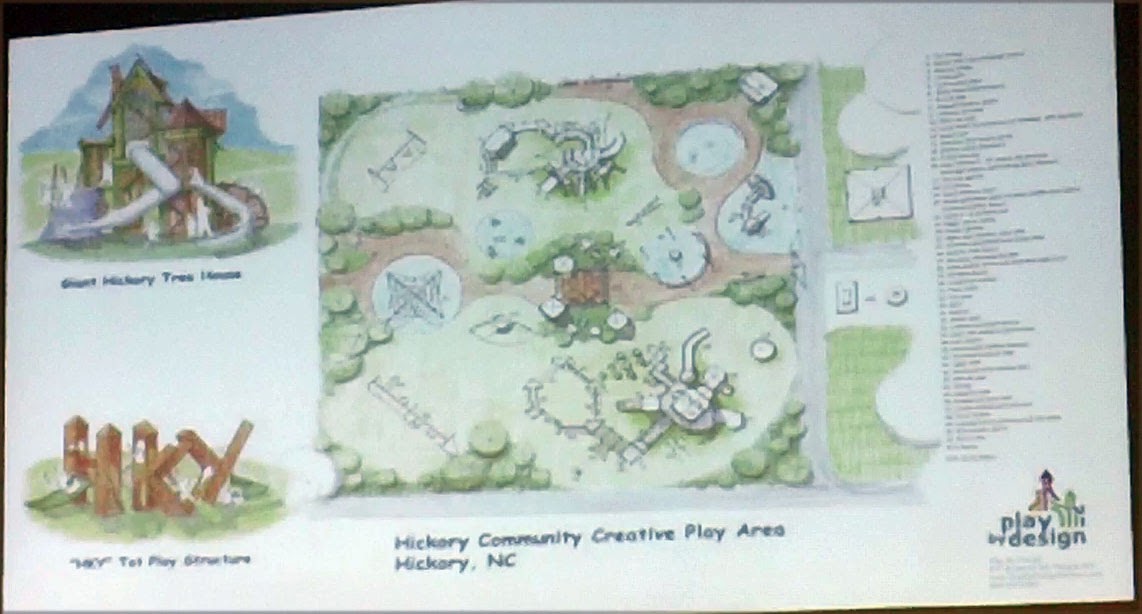 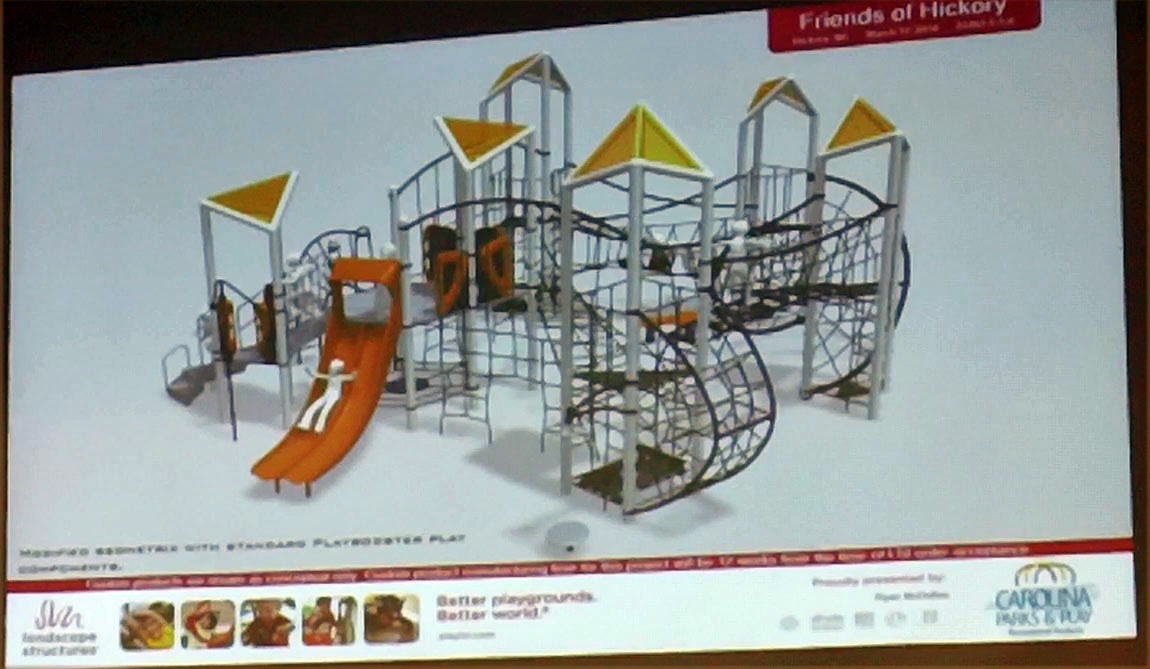 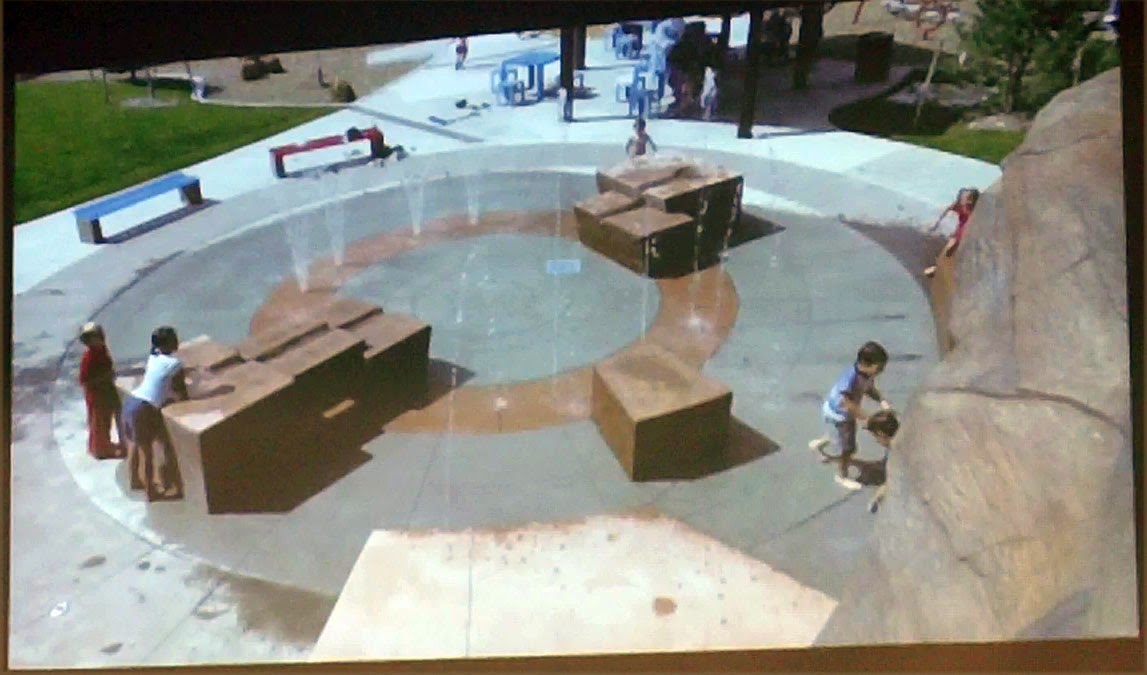 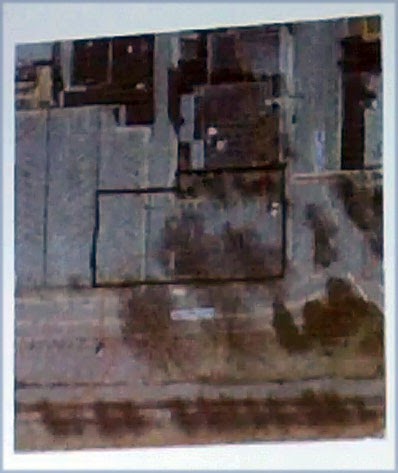 C. Dr. Ric Vandett - Regarding Homeless Veteran Stand Down - Dr. Vandett spoke about what comprised the stand down and asked the city to help promote the event. The Mayor said that they would look into promoting it through the City snippets. Dr. Vandett also addressed the council about his concerns related to the closure of Grace House in its current location.


Public Hearing #2 to Consider an Economic Development Agreement with MAB American for the Development of City Owned Property at Cloninger Mill Road and NC. 127. - Steve Ivester made some good points. It has always been his desire that the property not be developed commercially. It was announced that an anonymous citizen was willing to buy the property from the city for $900,000 and donate it back to the city to try and keep the 10 acres dedicated to the park in its entirety, instead of it being developed commercially. 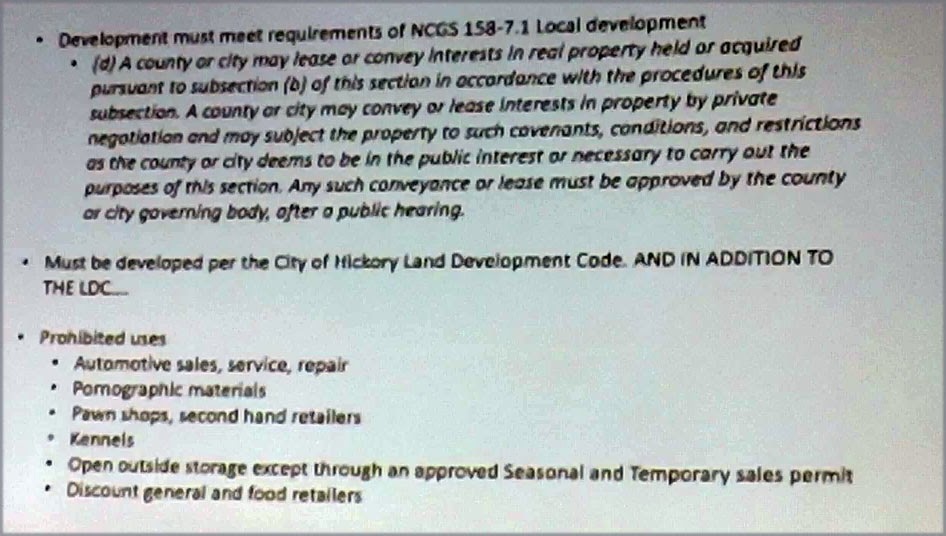 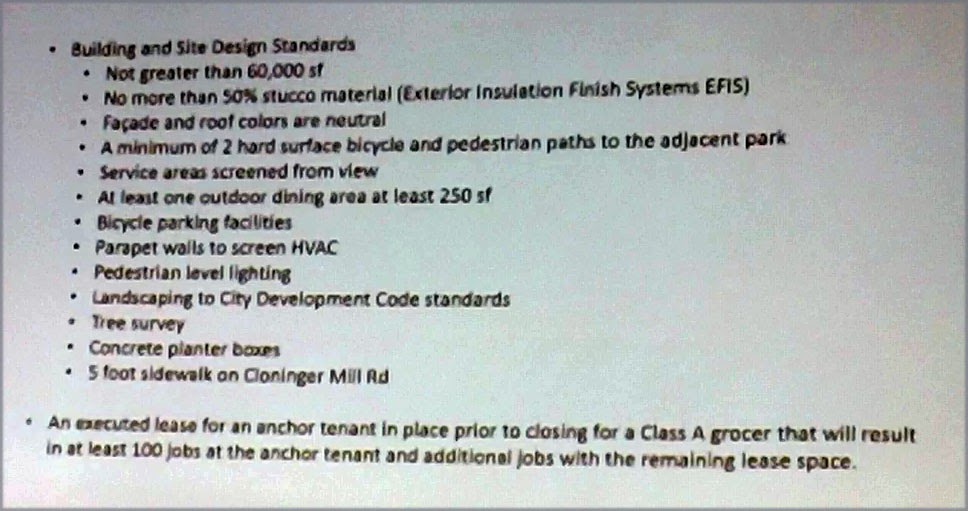 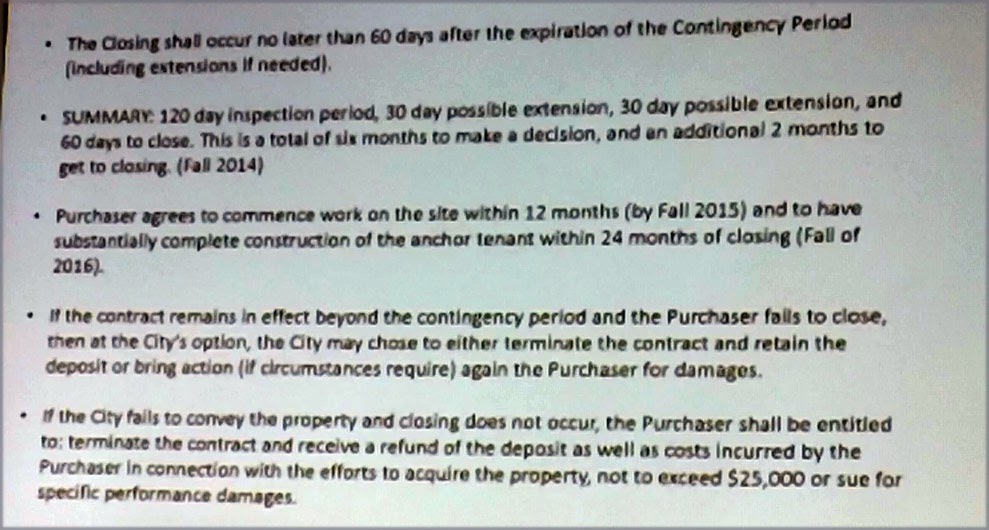 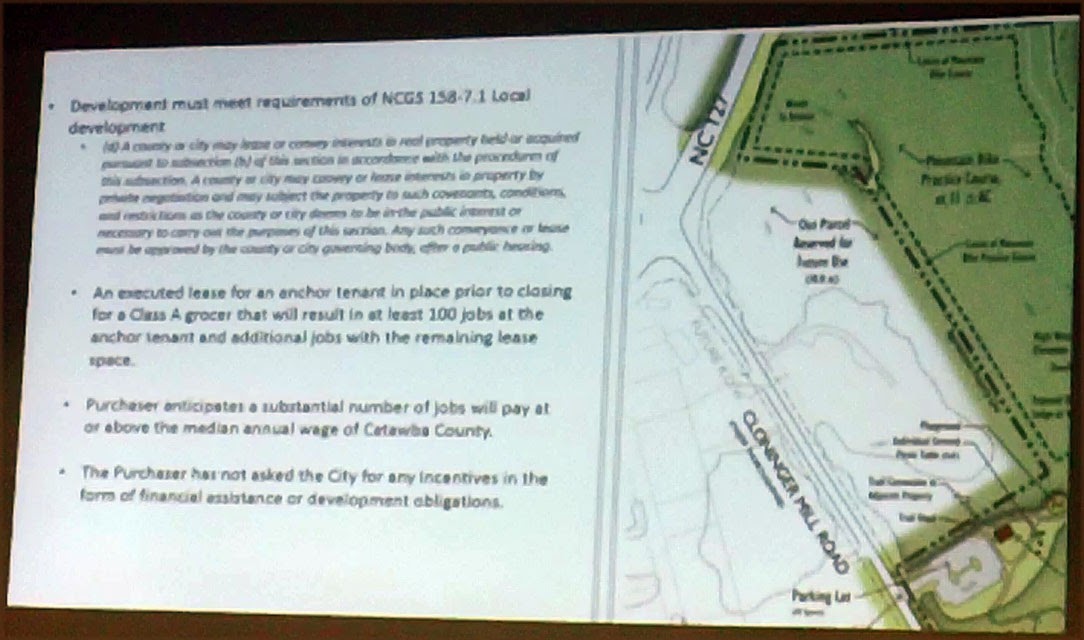 Public Hearing #3 - Piedmont Wagon Building - Economic Development Agreement with Cornerstone United Inc., and Piedmont Wagon Properties, LLC - The bottom line is that the investors are getting a property tax grant that  allows the investors to not pay an estimated $6,000 a year over the next five years for creating 5 jobs. The other jobs are already in existence or are speculative. This has set a precedent and/or opportunity, depending upon how one looks at it, for other businesses to request to not have to pay property taxes for businesses in Hickory

Departmental Report #2 - Moretz Mills LLC vs Catawba Paper Box - to close E Avenue SE - In the Agenda, I was wrong in my speculation that the parties had come to an amicable agreement. I couldn't believe that after two additional weeks that no agreement could be reached. In reading the agenda I assumed that both parties had agreed to the conditions in the Agenda. The Council's decision, as stated in the Agenda, is that once the conditions have been met (and the City's Director of Public Services will determine when those conditions have been met) that E Avenue will be closed.  Those conditions include giving trucks enough room to maneuver off of F Avenue Dr and onto 7th street SE and taking a dip out of F Avenue Dr where Catawba Paper Box believes that Transfer Trucks could bottom out.
Posted by James Thomas Shell at 2:44 AM

Hello, I am the sales & marketing director of Catawba Paper Box. If you would like to learn more about the facts of this case, and what occurred behind the scenes, I am more than willing to speak with you and go on record. The city showed great prejudice in this case. They let the interests of a prospective business trump those of an established business. They asked Catawba Paper Box to compromise when no compromise was asked of Moretz Mills. If our community desires equality for all businesses, then this is a story they need to hear.

Send me an e-mail of how and where you want to meet. You (or anyone else) can always contact me at hickoryhound@gmail.com

I don't only desire equality for all businesses. I think prospective businesses should work with existing businesses to make sure that they aren't harming their commercial interests. At the same time, it is my desire that we all work together to enable the community to move forward.

I only have a Master's degree in socio-economic-political Hickory dynamics. I'm still working on my Doctorate. I would appreciate the work study course that you could provide.